We agree with Nigel Slater when he says that “not every meal needs to end with something sweet, but it is rarely a bad idea.”

Our light and fluffy vegan chocolate mousse contains just 2 ingredients and one of them isn’t one you’d expect, nor is it an ingredient we’d imagined we’d be using. So don’t be put off when we tell you that instead of draining the water from your chickpeas tin down the sink and into the drain, look upon it as dessert…

Aquafaba is the water in which chickpeas and other pulses are cooked and can be used as a substitute for egg whites (aqua meaning ‘water’ and ‘faba’ meaning bean – we know this doesn’t make it sound any more appealing). 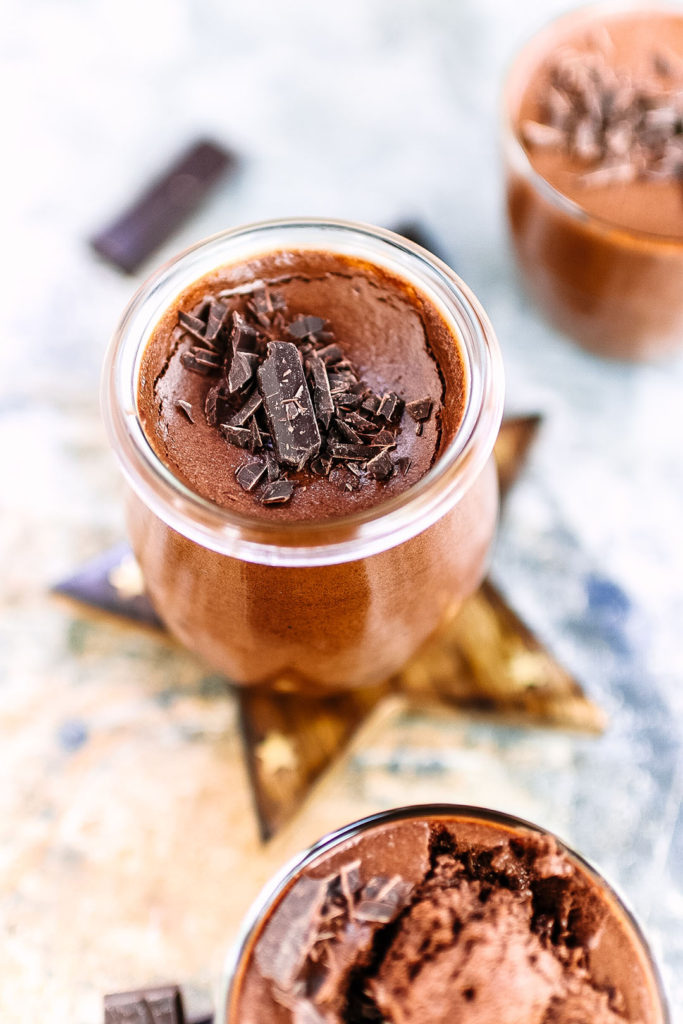 (use vegan chocolate if required)

To make the vegan chocolate mousse drain the aquafaba through a sieve into a bowl and save the chickpeas for making hummus, putting in our vegan chilli, curry or our spiced chickpea recipe.

Making sure that there are no escaped pieces of chickpea in the aquafaba liquid, pour it into the food mixer bowl. We find a stand mixer with the whisk attachment the most efficient for this recipe, a handheld whisk does work but it takes twice as long. Set the whisk to high speed and whisk the aquafaba until you can create a peak on the whisk ( just like you would with egg whites) this can take up to 20 minutes.

Meanwhile, melt the dark chocolate, either in the microwave or using a bain marie. Allow the chocolate to cool slightly and then using a metal spoon gently fold the melted chocolate into the whisked aquafaba until it is combined – the mix will shrink slightly. If using any maple syrup add it now with the melted chocolate.

For the best results make and eat on the same day. Can be kept in the fridge for up to 24 hours. 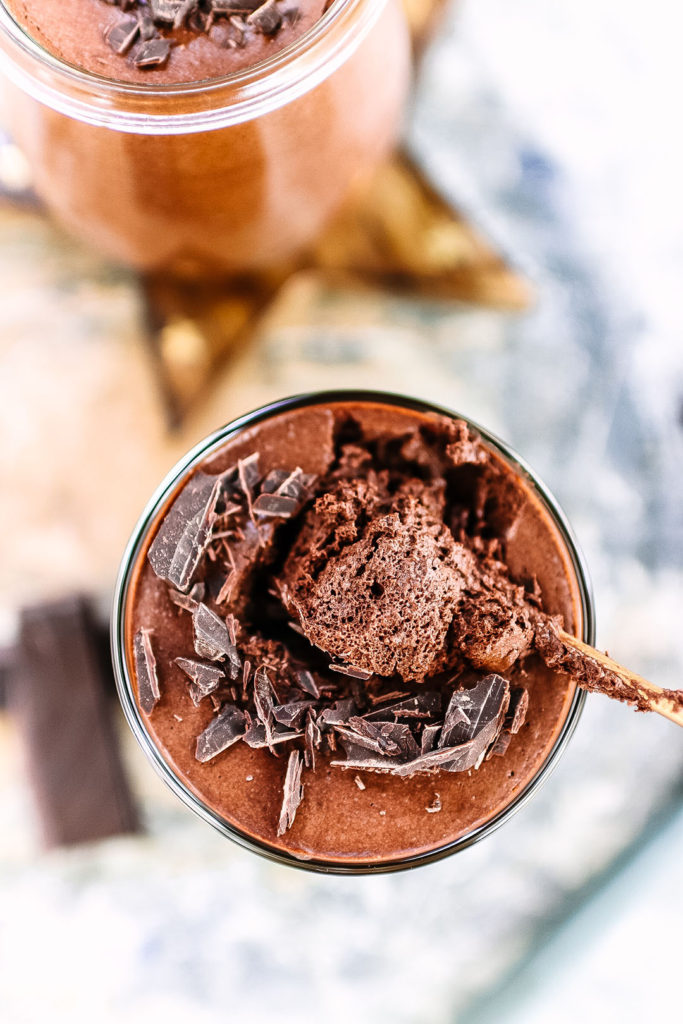 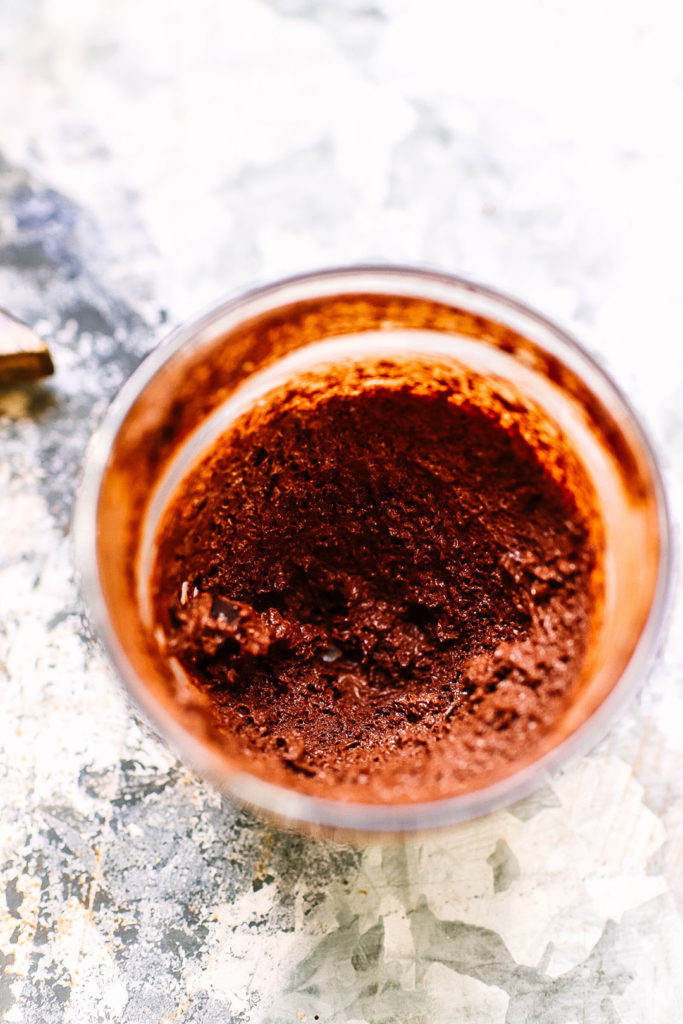